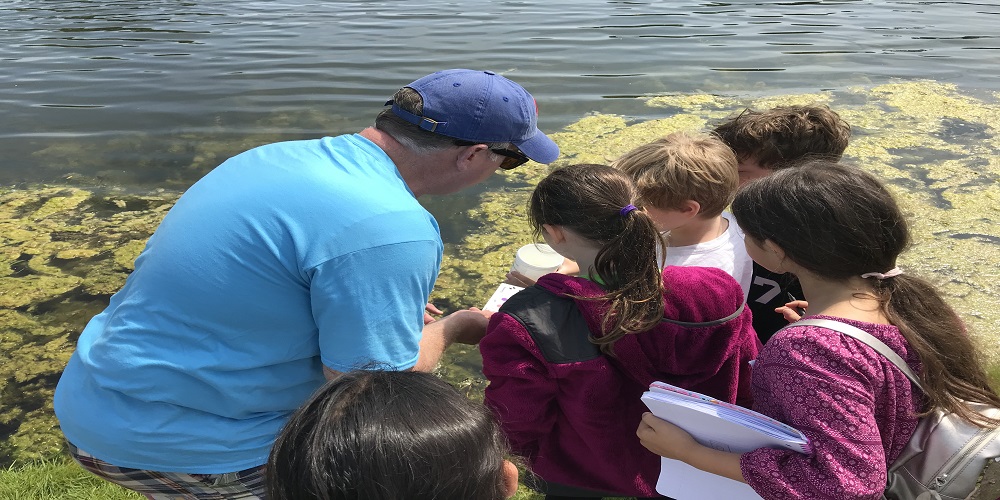 Baxter Teams Up with EarthEcho to Engage Employees, Community on Environmental Sustainability

On June 6, Baxter International Inc. teamed up with EarthEcho International for a special event at the Chicago Botanic Garden in Glencoe, Illinois, in celebration of Baxter World Environment Week. During this event, 20 Baxter employees and their children led the EarthEcho Water Challenge programming for more than 80 second grade Chicago Public School students.

While nearly 100 Baxter employees volunteered in other service projects throughout the Garden, the EarthEcho team worked with the Baxter volunteers to mentor students from Chicago’s Nettelhorst School as they collected water quality data and learned about the important actions they can take to protect their local waterways. Additionally, the EarthEcho team trained volunteers so that they could facilitate groups of students as they conducted tests on water from the Skokie River, which is located on the grounds of the Botanic Garden.

Baxter World Environment Week is held in conjunction with the United Nations World Environment Day on June 5 and encourages Baxter facilities around the world to host environmentally friendly activities for employees and recognize their current sustainability efforts. Many of these initiatives involve volunteering in the neighborhoods where Baxter operates as part of its commitment to build healthy communities around the world.

We look forward to our continued partnership with Baxter and bringing the EarthEcho Water Challenge to Baxter facilities around the world for future Baxter World Environment Weeks. Together, we are educating individuals about the importance of water quality, sustainability and conservation.