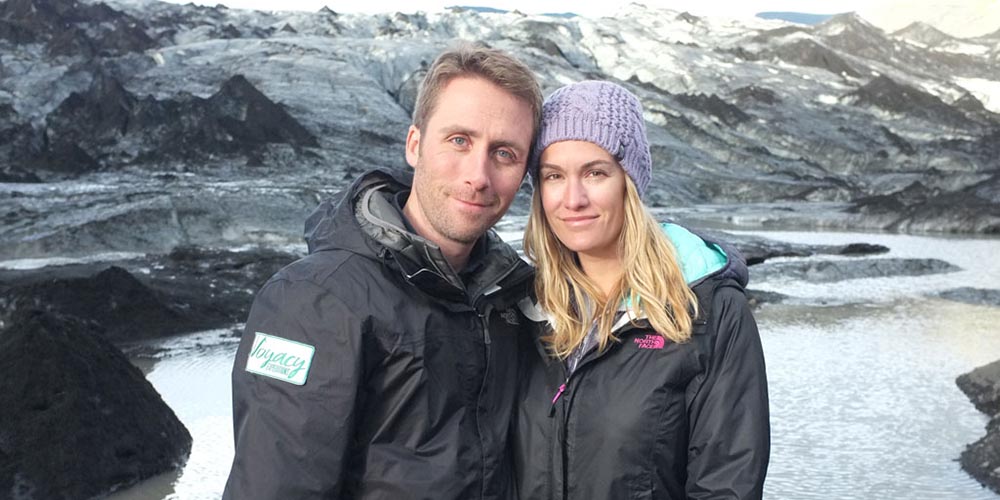 We Need to Be Informed and Get Engaged

In 2010, environmental activist Philippe Cousteau, Jr. says he was "floored" when his girlfriend of one month, Ashlan Gorse, said she wanted to swim with great white sharks for her upcoming 30th birthday.

The conservationist, who is the grandson of legendary ocean explorer Jacques Cousteau, wed Gorse, now 35, in 2012, and the duo have had many more adventures since that memorable swim. They've also made it their mission to "make the world a better place," they say.

"As cheesy as it sounds, truly every day is Earth Day," Ashlan tells PEOPLE. "This is a great day for everybody to sit back, go outside, look around and take it all in. Remember, we all live here. This is our home and we have to take care of her."

The couple makes a point to live their lives "in a way that is always keeping nature in mind," and they encourage others to do the same.

In 2015, Philippe launched the World Water Monitoring Challenge, which enables people to not only check the quality of their water, but to figure out what they can do to improve it.

"One of the biggest challenges that we face is that water doesn't just come from your tap – it comes from somewhere," he says. "Even in Flint [Michigan], while the result was lead poisoning in the pipes, it was because of polluted corrosive water coming out of a river. They assumed they would have clean water, but that wasn't the case."

"It's going to be a constant struggle," he adds. "It's about taking personal responsibility and going out into our communities and understanding our water. We need to be informed and get engaged."

The water testing kit they provide is simple. Anyone can test their water through a simple process and then upload the data through an app to a global database.

"Based on those results, we provide all sorts of different resources. Maybe it's a pollution or maybe it's a government problem," he says, referencing the water crisis in Flint.

When the couple isn't working on their water challenge, they're traveling and learning about the world.

Philippe is also the host of The Aquatic World of Philippe Cousteau from Great Big Story, a newly launched, independent online video network from CNN. The couple also have a documentary coming out this summer for Shark Week on the Discovery Channel – and it will mark their first time appearing on camera together.

"When I made the switch from strictly entertainment news to more of these natural world documentaries, it's really been all about wanting to make saving the world cool," says Ashlan, who used to work as a correspondent for E!. "I want the kids that think the Kardashians are amazing to think that going out there and actually making a difference in your world is just as amazing."