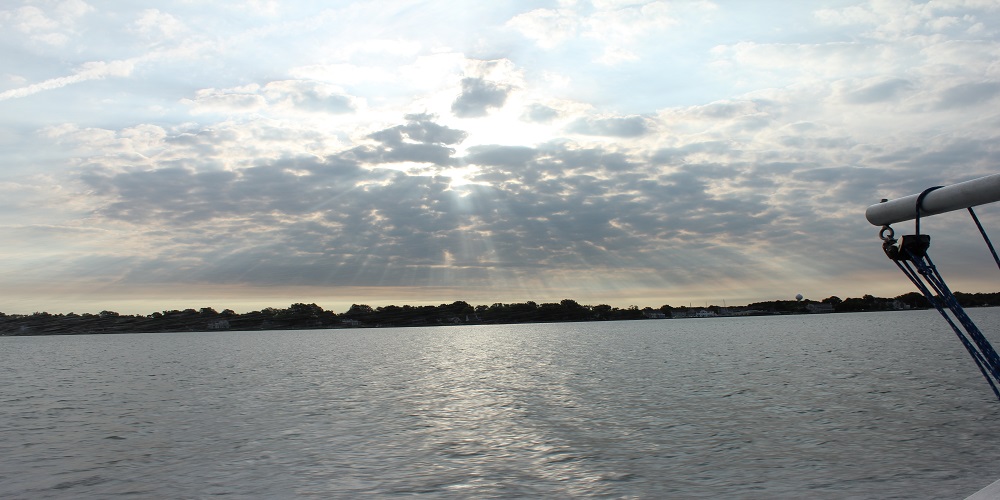 The Chesapeake Bay is a critically important water way on the east coast. Not only is it the largest estuary in the United States, home to over 3,600 different species, but it provides drinking water, fishing, boating and many other recreational activities to the millions of people living on and around the Bay.

While the Bay is a vital space for both the species that rely on it for life, and for the economy and wellbeing of the people living around it, the Bay has heaps of issues that pose as potentially detrimental to the Bay's overall health.

High levels of nitrogen, phosphorus, and excessive sediment are the top three major polluters of the Chesapeake Bay, and all connect back to one major issue, human activity.

High levels of nitrogen and phosphorus are caused by man-made issues such as wastewater, septic tanks, and runoff from cities and towns. This in turn causes large algae blooms. When there is an unhealthy amount of nutrients in water, such as nitrogen and phosphorus, it directly impacts algae, causing them to grow at an alarming rate. Larger amounts of algae block sunlight from reaching bottom dwelling species, such as oysters, another important species in the Bay. Algae also absorbs oxygen from the water. Oxygen that species like crabs and oysters need in order to survive.

Along with this, sediment on the water contributes to the turbidity of the water, and the higher the turbidity, the less sunlight bottom-dwelling species receive. Sediment is particles of sand, dirt, and clay that make water more “murky.” The majority of sediment is caused by coastal erosion, which can be a natural process, but in reality the majority of it is caused by human activity.

So how can we aid this issue and help restore the Chesapeake Bay back to its original healthy state? If you live near the Chesapeake Bay, you can advocate for it by telling your elected officials that you care about this issue, and they should support legislation that will improve the overall health of the Bay. Along with this, you can easily attend public meetings/ hearings. Finally, the most critical step we can all take to aid this issue is greatly reducing our trash and pollution, in our homes, communities, and schools. Saving the Bay is an attainable goal if we all work together to live more healthy sustainable lives, and produce less waste.

Editor's Note: Maya Weikert is an EarthEcho Water Challenge Ambassador, a group of young leaders working to engage their communities in water quality monitoring and conservation efforts while increasing their knowledge of water science and gaining skills to expand their work in this field.

Learn more about the Chesapeake Bay Watershed by exploring EarthEcho Expeditions: Into the Dead Zone!

“What Is Killing the Bay?” Chesapeake Bay Foundation, www.cbf.org/how-we-save-the-bay/chesapeake-clean-water-blueprint/what-is-killing-the-bay.html.